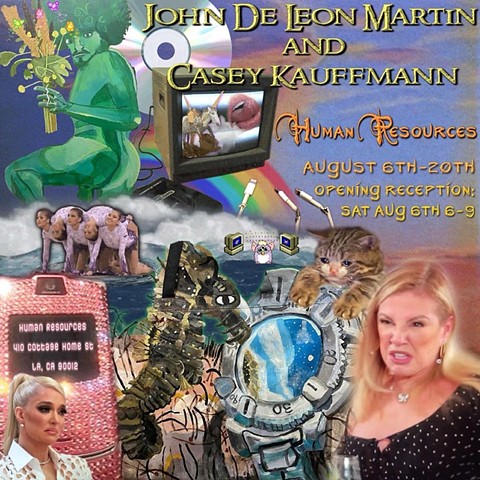 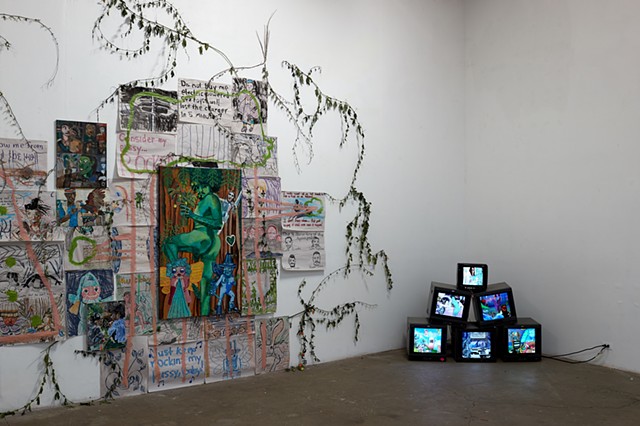 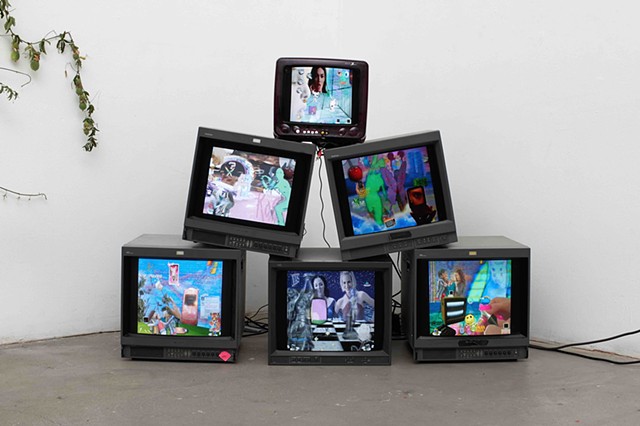 It's Over Bitch
video collage
five 00:30 looping videos no sound 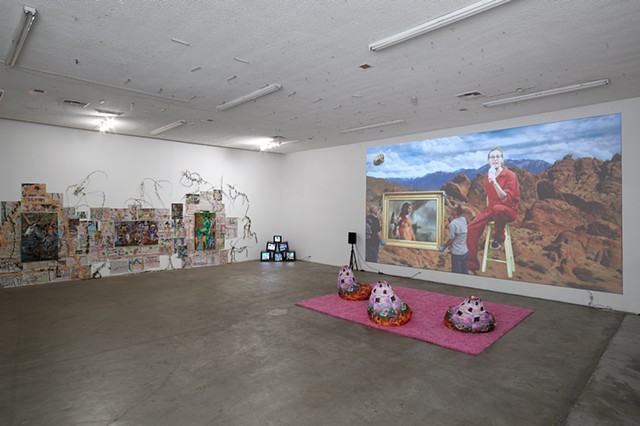 Knowing Others and Wanting to be Known
install shot 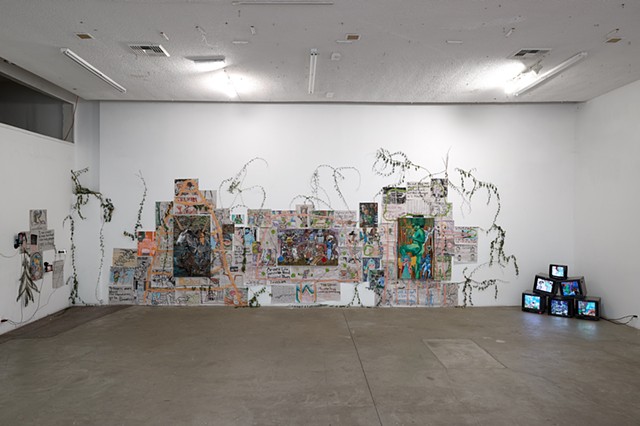 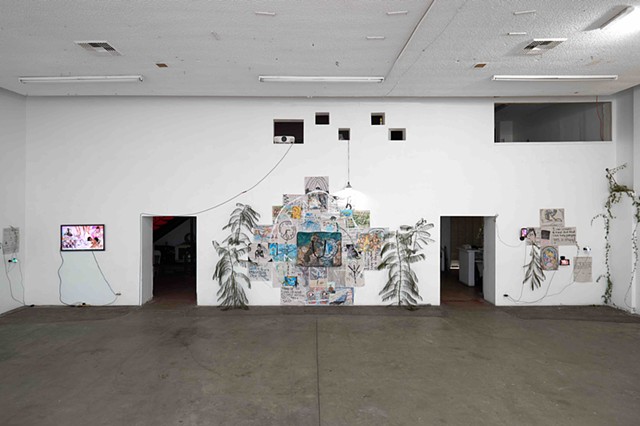 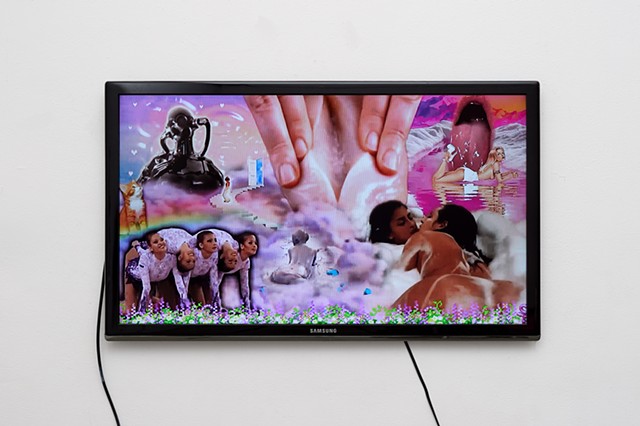 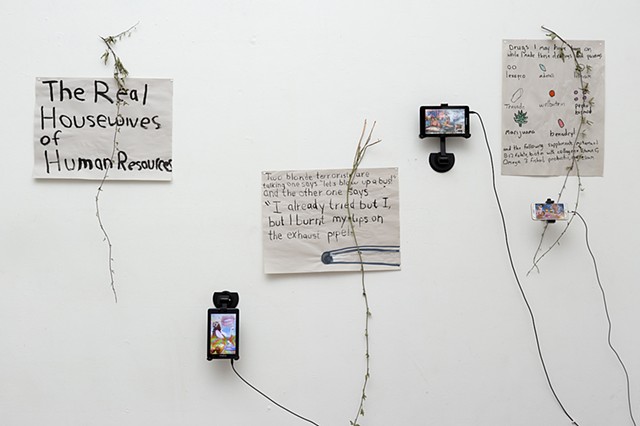 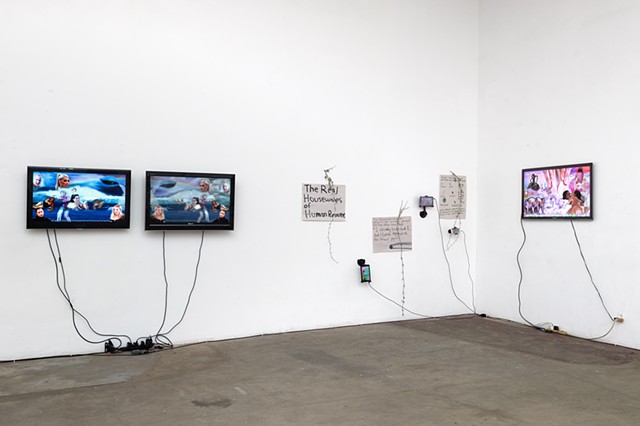 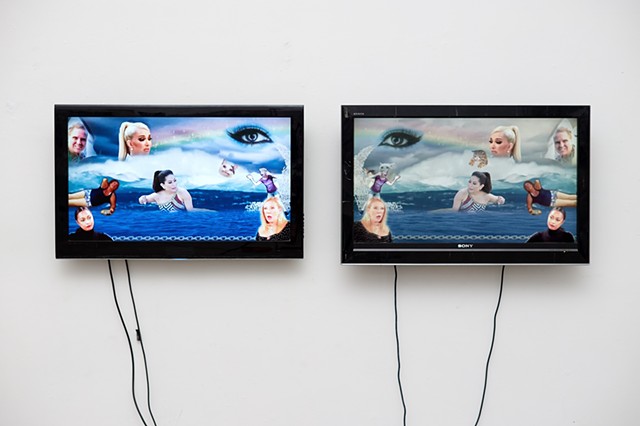 Look at my Life
video collage
00:09 looping videos no sound 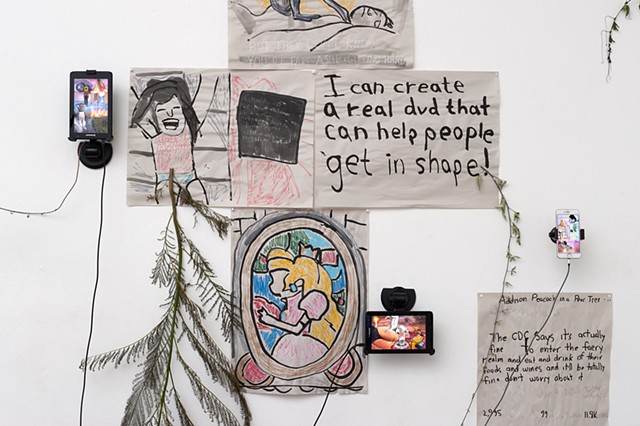 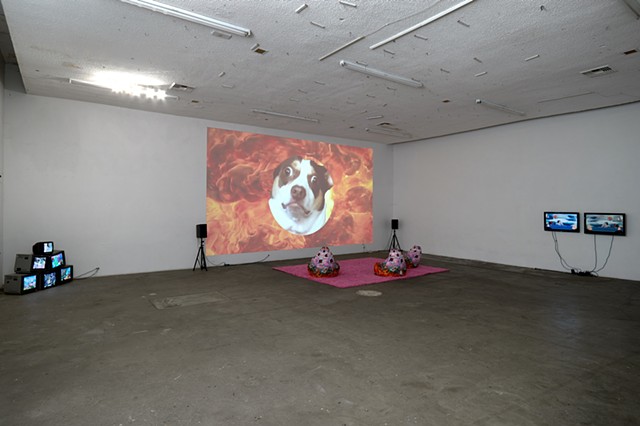 This show was initiated by John B, who saw similarities in the maximalist fascination with pleasure and suffering in both Kauffmann and Martin’s work. Both Martin and Kauffmann take on the dual roles of critic and fan, investigating media consumption as an interpersonal act. While Kauffmann’s digital video collages utilize images from reality television and other limitless online resources to examine culture’s relationship with the feminine, Martin’s paintings and drawings, largely inspired by his love of Dungeons and Dragons, employ fantasy tropes to create sites of queer possibility and pain. The landscapes of California, both emotional and actual, also loom subtextually in both artist’s work- They appear in the faces of Kauffman’s Hollywood stars and the Redwood Dryad that centers Martin’s oil painting If You Were a Tree, What Kind of Tree Would You Be?

Perhaps the greatest commonality between Martin and Kauffmann is that they are both collagists, constantly mining from the media and experiences they love. In 19th and early 20th century Europe, in works like the Cottingley Fairy photographs or the collages of Lady Filmer, collage was a format utilized by mostly female artists to evoke the otherworldly and call into question the treachery of images. It was considered a hobbyist craft not to be taken too seriously by the artistic elite. But why? Perhaps because a recurring mode of western art has been to present art works as the product of a singular artist who in solitude plumbs each creative idea from the depths of their genius. Collage, with its direct acknowledgement that not everything in an artwork is created by the artist, instead points to the interrelated nature of life. Perhaps in some ways this threatens that aforementioned premise of artistic solitude? It is Kauffmann and Martin’s hope that you will feel threatened by this show in similar ways.